ISO/IEC Joint Technical Committee 1 (JTC 1) had its 28th Plenary meeting on 4-9 November 2013 in Perros-Guirec, Brittany, France. Jean Laurens, head of the French delegation, welcomed over 110 representatives from 22 National Bodies and three Liaison Organizations. The meeting was chaired by Karen Higginbottom, with Lisa Rajchel as Secretary, Henry Cuschieri as the ISO Central Secretariat representative and David Hanlon as the IEC Secretariat representative. The AFNOR CEO, Mr Olivier Peyrat, adressed the JTC 1 attendees, praised their achievements, and outlined the future challenges that await them. The Perros-Guirec Mayor, Mr Gilles Déclochez, invited the delegates to a welcoming cocktail.

At this meeting, JTC 1 saw increased attendance from National Bodies, and was very pleased to welcome P-Members attending such as Italy and Zimbabwe, and O-Members such as Brazil and the United Arab Emirates.

The JTC 1 Chairman, Ms Higginbottom, while attending the IEC SMB meeting earlier in the year, was presented with the Thomas A. Edison Award, for which she had been nominated by the US National Committee of the IEC. Additionally, six JTC 1 SC participants received IEC’s 1906 Award for exceptional expert achievement. The JTC 1 delegates noted the availability of the new ISO Connect programme, and of the ISO Online Browsing Platform. The meeting also received a report of the GSC activities.

During this meeting, JTC 1, recognizing the importance of Smart Cities as a trend that will shape the definition of many standards in the ICT sector, established a Study Group on Smart Cities, aimed at studying the technological, market and societal requirements for the ICT standardization aspects of Smart Cities in collaboration with other initiatives; China offer to provide the Secretariat and Convenorship for this new activity was gratefully accepted. JTC 1 also established a Study Group on Big Data for consideration of Big Data activities across all of JTC 1, and accepted the offer from the US to provide the Convenor and Secretariat. JTC 1 also acknowledged the creation of an Incubator Group on Mobile Applications, and it requested its National Bodies and liaisons organizations to make proposals on the possible use of social media.

JTC 1 reviewed the activity of its Subcommittees, Working Groups and Special Working Groups. JTC 1 took the decision to create a new SC 40, “ IT Service Management and IT Governance”, with Australia providing the Secretariat and Chairman, in order to reorganize its ongoing work and to facilitate collaboration with SC 7, Software and Systems Engineering . It revised the Terms of Reference of its Special Working Group on Internet of Things (IoT), to encourage the definition of a IoT Reference Architecture; it encouraged SC24 and SC29 to continue joint development of a Mixed and Augmented Reality Reference Model, and to study how to organize this activity in the longer term. JTC 1 dissolved the Smart Grid Special Working Group to allow the work to continue in close collaboration with IEC.

JTC 1 has further refined its tools and operational processes by encouraging its committes to prepare meeting reports, streamlining its processes at Working Group level including the submission of contributions, asking its committees to address System Integration requirements in their work, and Accessibility in their process documents; planning to allow its committees to use remote participation in their Plenaries. It also accepted the concept of “twinning”, as defined by ISO to facilitate standardisation activities in new or inexperienced National Bodies. Subject to ISO council approval, JTC 1 is creating a JTC 1 Developing Country Program, aimed at increasing participation of developing countries to standardisation.

JTC1 expressed the desire to establish the proper level of engagement with the European Multi-Stakeholders Platform on ICT Standardization (MSP), with a view to encouraging the MSP to identify and make use of ISO/IEC JTC 1 standards and documents.

JTC 1 gratefully received reports from representatives of its Liaison Organizations including ITU-T, IEC/TC100, ISO/TC215, and Ecma International. It resolved to apply for participation to a number of ITU-T activities. It noted the excellent work of its PAS Mentors, as well as the reports from its PAS Submitters (DMTF, OASIS, OGC, OMG, SNIA, TCG, The Open Group, Trusted Computing Group, W3C and the UPnP Forum). JTC 1 welcomed a very comprehensive report from ETSI.

The meeting concluded expressing its appreciation for outgoing officers, and thanking AFNOR for their excellent hosting. The next ISO/IEC JTC 1 Plenary meeting will take place on 15-20 November 2014 in Abu Dhabi, United Arab Emirates. 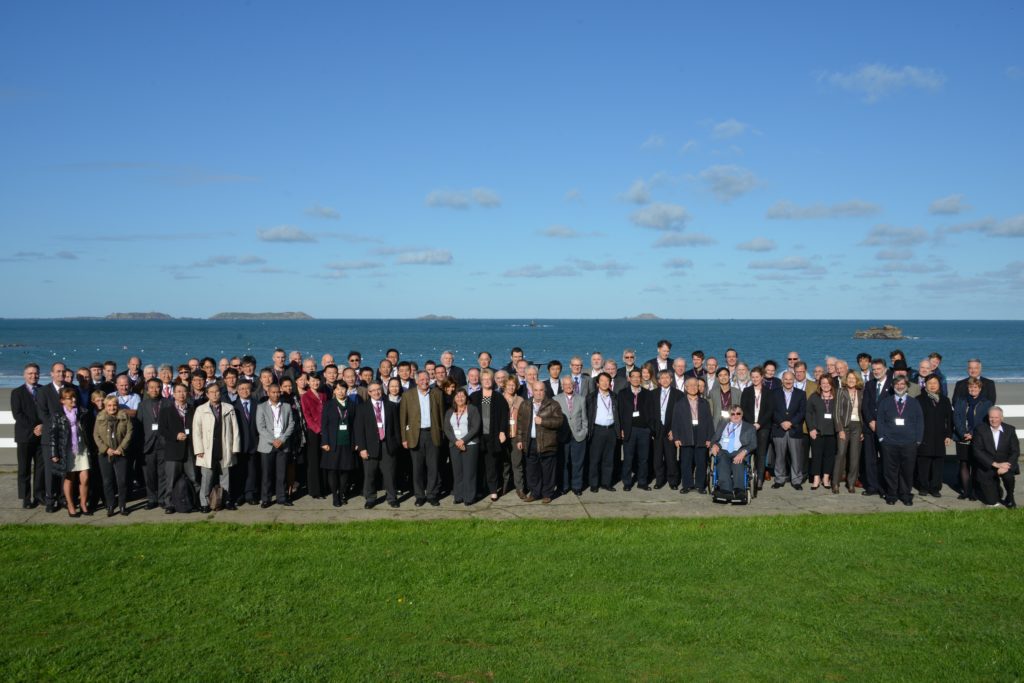