Contingent upon approval of a relevant NWIP, JTC 1 established Working Group 11 on Smart Cities which would directly report to JTC 1 and confirmed its terms of reference. China would take the responsibility of secretariat and JTC 1 appointed Yuan Yuan as the convenor and Tangli Liu as the secretary.

Based on the resolution of 30th Meeting of ISO/IEC JTC 1 (ISO/IEC JTC 1 N 12864), JTC 1 established Working Group 11 on Smart Cities which would directly report to JTC 1 with the following terms of reference:

1) Serve as the focus of and proponent for JTC 1’s Smart Cities standardization program.
2) Develop foundational standards for the use of ICT in Smart Cities – including the Smart City ICT Reference Framework and an Upper Level Ontology for Smart Cities – for guiding Smart Cities efforts throughout JTC 1 upon which other standards can be developed.
3) Develop a set of ICT related indicators for Smart Cities in collaboration with ISO/TC 268.
4) Develop additional Smart Cities’ standards and other deliverables that build on these foundational standards.
5) Identify JTC 1 (and other organization) subgroups that are developing standards and related material that contribute to Smart Cities, and where appropriate, investigate ongoing and potential new work that contributes to Smart Cities.
6) Develop and maintain liaisons with all relevant JTC 1 subgroups.
7) Engage with the community outside of JTC 1 to grow the awareness of, and encourage engagement in, JTC 1 Smart Cities standardization efforts within JTC 1, forming liaisons as is needed.
8) Ensure a strong relationship with Smart Cities activities in ISO and IEC.

WG 11 serves as the focus of and proponent for JTC 1’s Smart Cities standardization program. WG 11 continuously recognized the urgent and emerging demands for standards regarding smart city and related new ICT to support city services and constructions.

WG 11 has initiated 5 work items in the domain of smart city, including:

Besides, there is another project: ISO/IEC 30182 Smart city concept model—Guidance for establishing a model for data interoperability, which is published as IS.

It was prepared by the British Standards Institution (BSI) (as BSI PAS 182:2014) and was adopted, under a special “fast-track procedure”, by Joint Technical Committee ISO/IEC JTC 1, Information technology, in parallel with its approval by the national bodies of ISO and IEC. JTC1/WG 11 experts took an active part in the development of the project. 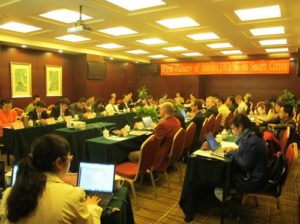 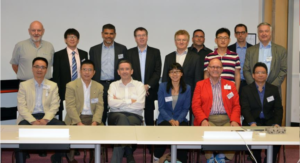 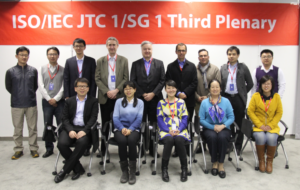 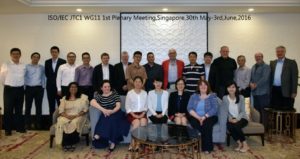 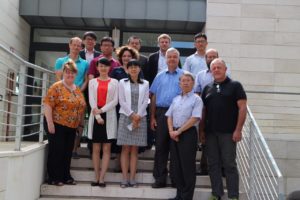 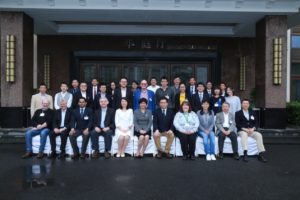 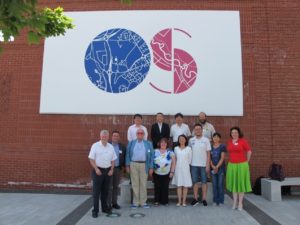 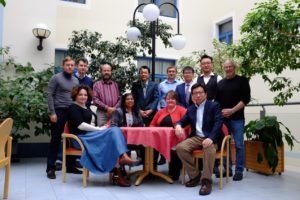 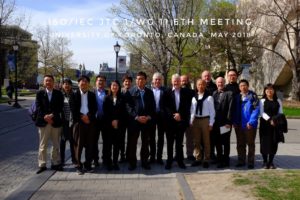